A few members of the UNISON executive attended Tolpuddle Martyrs’ Festival on Sunday.  Inevitably, there was a mix up with coach set off times – Carolyn set off on time, and let us know she was in Pensford as Kim and I were waiting for a pick up at BTM.  Luckily RMT union came to our rescue 😊

We eventually all met up and set up the UoB UNISON banner… time for getting a nice place, respite and 2 beers!

The process was huuuge this year (Extinction Rebellion were there in force), and our banner admired (very pleasing).  It was time to remember those whose working rights are under threat, with increased casualisation and short-term contracts.  Worth remembering that UoB staff have excellent Terms & Conditions due to negotiations on behalf of Joint Unions at the University.

At the end of the process RMT gathered in a circle around their brass band in remembrance of Bob Crow – it was very moving,  didn’t know what the tune was and asked …  was told it was ‘One Voice’ by Barry Manilow!  Who knew!

Many speeches and bands later in blazing sunshine we returned to Bristol. 😊

Note to self 2020 – remember the treacherous cross wind on the street that potentially could kill several people in the vicinity if the banner holders lose control of the banner.

Have a drink AFTER the process, NOT before 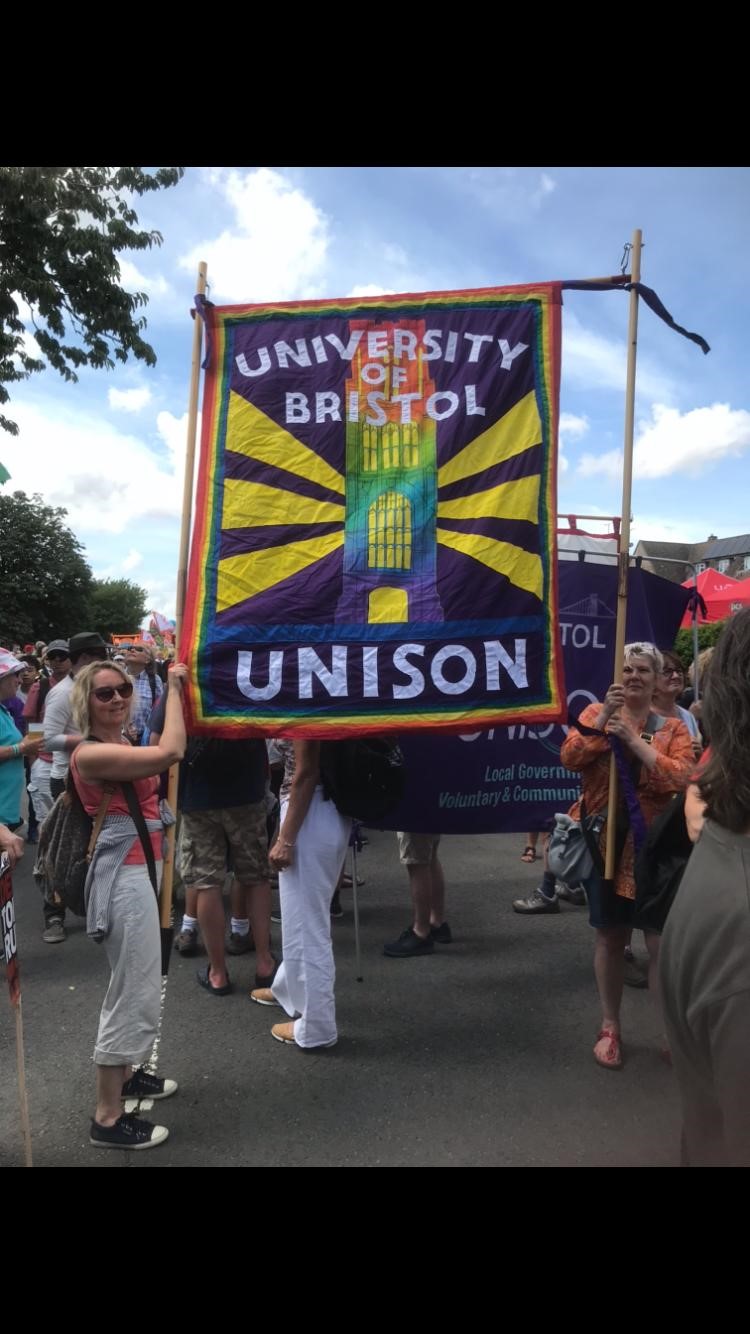